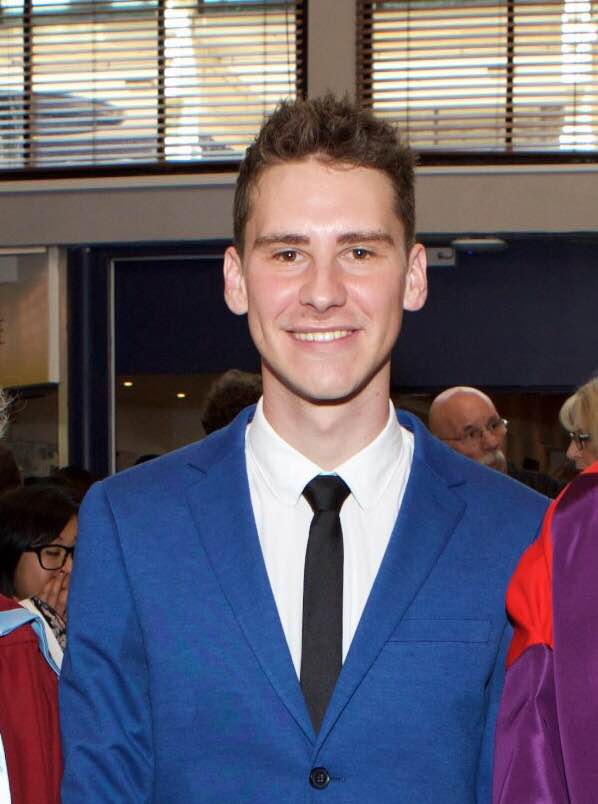 It’s as if winning the Future Pharmacist of the Year award this year at the 2015 Pharmacy Awards wasn’t enough!!

Robert Haua hauled in the awards and achievements graduating top of the class for the third year in a row AND top overall pharmacy student in Auckland University!

Add to that the prestigious Dean’s medal – a very special award that is not given out every year. It is only awarded to final year students across the whole Faculty of Medical and Health Sciences to recognise outstanding contribution to the academic development of the faculty whilst undertaking undergraduate studies.

For those that don’t know Robert here is a little bit about him….

I was born in Tauranga and at the age of five I moved to Rotorua and completed all of my primary and secondary schooling there. I knew I wanted to do pharmacy back when I was in year 11. The things that stood out to me about pharmacy were the large amounts of patient contact, the trust and rapport that pharmacists are able to build with their patients and the clinical expertise that pharmacists have regarding pharmaceuticals. Oftentimes, medicines are the cornerstone of improving health outcomes for patients and I always wanted to know how they worked, why this pill was used in this circumstance yet this one was used in another. Pharmacists are the medicine experts and this is where my primary interest lies.

I have just finished my final year of the BPharm programme at the University of Auckland and I can’t believe it’s all finally over. While studying, it’s hard to not sometimes feel like the degree is dragging on, however, looking back I realise how fast the past four years have gone by.

The University of Auckland Pharmacy Completion Ceremony turned out to be one of the most incredible and humbling experiences of my life. Never would I ever have expected to be recognised as I was. In particular, I was completely surprised to receive the Dean’s Medal – the first time a pharmacy student has ever received it. I am indebted to everyone who graciously gave up their time to support my nomination and I cannot thank them enough.

I am currently doing work for one month at Te Ngae Pharmacy in Rotorua to gain some valuable primary care experience before I begin my internship next year. It’s always great to be able to work and give back to the community that gave you so much when you were growing up. Even though I wasn’t born in Rotorua, I still feel a connection to the community and those who are a part of it.

Next year I am completing my internship at Auckland City Hospital. I chose the hospital route because the prospect of working in close collaboration with other health professionals is really exciting to me and I like the idea of being able to make a contribution to the multidisciplinary health care team. I am really excited to be able to put all of the theory I have learned into practice.

It is hard to tell where my journey will take me in the future, but at this point in time I foresee myself continuing to work in a clinical setting and returning to university to complete some form of postgraduate study. I am also passionate about furthering the profession and increasing the number of Māori students entering the BPharm programme and I hope to be able to contribute to these as a practicing pharmacist.

List of School of Pharmacy Awards Robert has won this year…

3. Pharmaceutical Society of New Zealand Prize – The Prize will be awarded annually to the candidate achieving the highest overall marks in the final year of the pharmacy programme.

4. Pharmacy Guild Prize – The Prize will be awarded annually based on the best overall performance in Parts II – IV of the Bachelor of Pharmacy degree.

5. Dean’s Medal – The Prize will be awarded annually to the final year student(s) who have made an outstanding contribution to the academic development of the faculty whilst undertaking their undergraduate studies